Last week, I worked on a project that worried me a lot, the reproduction of a work of Burri: Cretto of Gibellina (Sicily) .The work’s genesis dates back to the destruction of the city of Gibellina (now called Gibellina Vecchia) caused by the earthquake of Belice January 14, 1968: the power of the earthquake completely destroyed the city, leaving the majority of homeless families. Burri designed a gigantic monument of death that goes through the streets and alleys of the old town: in fact it is the same place where once there were the ruins, now cemented by the work of Burri. From the work appears as a series of concrete fractures on the ground, whose artistic value lies in the freezing of the historical memory of a country. Each slit is between two and three meters wide, while the blocks are high about a meter and sixty and has an area of about 8000 square meters, making it one of the most extensive contemporary art in the world.
Commissioned by the Società Rionale Prato of Città di Castello, birthplace Burri. The work had to be done on the ground with the 3D technique. I accepted the challenge, reproduce a work is always an unknown factor. Fortunately being a three-dimensional work, the effect is very well managed.

Tempera and chalk on pavment, Mt 4×4.

Thank’s my friend Valentina for the help and Centro Culturale Artisti Madonnari. Thank’s very much all the Staff to the StreetFestival!!!!! 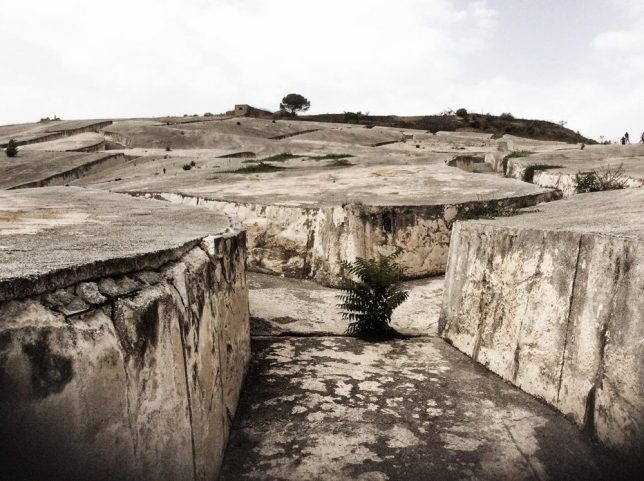 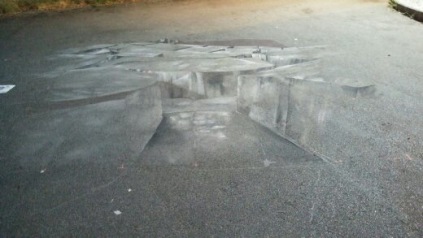 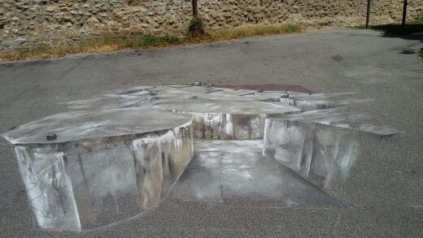 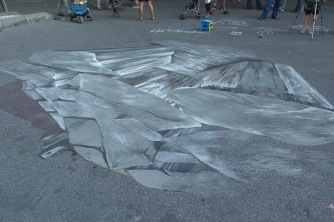 The cretto opposite point of view. 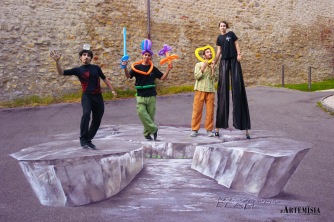 Thank you talented artist from Accademia Creativa for this photo! 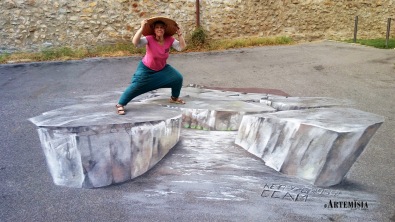